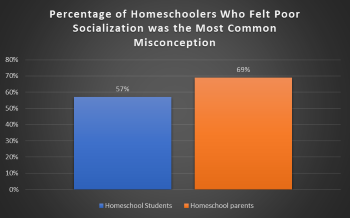 Classrooms hum with the chatter of excitable teens; books and papers spill from overstuffed lockers; days are routine, conducted by the regular, shrill blast of the school bell.

Most of us have experienced the ‘institutional’ school system in some form or another. Ever since the Industrial Revolution of the 18th Century, when the need arose for societies to be able to produce a functioning workforce that could read and write, group schooling has been the norm. But that wasn’t always the case.

For most of history, those who were privileged enough to get a formal education received it at home, from personal tutors, parents and other caregivers. This custom gradually faded as the makeup of society changed and the practice of group schooling spread.

But in the latter half of the 20th Century, dissatisfaction with the modern school system increased in some quarters and the idea of home education grew in popularity once again, albeit in a different form. Parents would be the sole educators, passing on their worldview and the knowledge they deemed important. The modern homeschool movement was born.

Throughout the 1980s and 90s the number of homeschooled children swelled throughout the U.S, and since the late 1990s this number has doubled.